Contents show
1 Exercise first thing
2 Settle for grains, most of the time
3 Proteins in the morning
4 Dress casually for work
5 Quit the soda habit
6 Walk the talk
7 Face to face delivery
8 Apple as a staple
9 Switching to healthier coffee shop habits
10 When having pizza…
11 Window shopping
12 Adjust your portion size
13 Zucchini instead of pasta
14 Stairway to fitness
15 Beer or wine is better

It’s easy to think about losing weight and getting that lean physique you’ve always wanted, but the process of achieving it is not. Still, sticking to the basics when it comes to dieting and exercising can help you change your body for the better. These simple changes you can put into effect can make a notable difference not only in your physical appearance, but also in your overall strength and health. Here are 15 habits that naturally lean people practice: 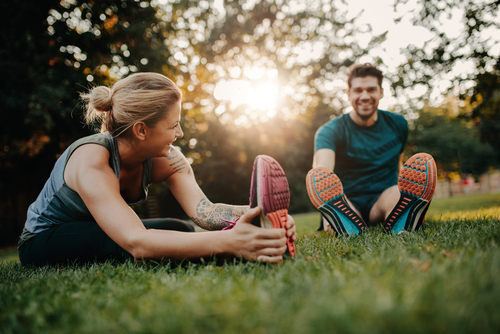 Even when you’re still on the bed, you can begin to invigorate your body by doing a simple workout. Begin by sitting gradually without using your hands. Straighten out your legs on the bed and lean forward until you feel a mild stretch in your back and hamstrings. Hold this position and then lower yourself flat with the use of your abs. Rest afterwards and do it again two more times to achieve a stronger core. You’ll also end up burning 10 calories with this.

Settle for grains, most of the time

Health-conscious people know it’s better to go for whole grains in the morning instead of the sugar-packed cereals you often see in supermarkets.

Proteins in the morning

When you eat a full, healthy breakfast you’re less likely to eat too much later in the day. So, add some protein-rich foods in your morning routine, like an egg or two. As your body is completely nourished at the beginning of the day, it won’t bug you with sugary cravings come afternoon, which saves you from munching on unneeded calories.

Wearing comfortable clothes enable you to burn more calories, said in a study. The logic is pretty much simple: when you are not dress to impress preferring to wear comfy ones, you tend to walk more. If only the bosses knew.

It’s loaded with artificial sugar, it’s high in calories, and it doesn’t have anything nourishing in it. Even if you opt for the low-calorie option, there’s still a catch – more health risks that it’s just easier to switch to healthier drinks like water and natural fruit juices.

Don’t talk on the phone sitting. Make phone calls as an excuse to walk around. In a study, it’s been found that those who weigh more sit more than two and a half hours per day than those who weigh less.

Rather than emailing co-workers with stuff that needs to be relayed or delivered, why don’t you deliver it to them personally? That way your back and legs, among other parts of your body, get the break they need from hours of sitting.

Apple as a staple

Apples are rich in fiber and water, which makes you feel satiated for a longer period of time. Studies have also found that eating at least three of them a day can help you lose weight.

Instead of ordering a large latte and a chocolate muffin, go for the non-fat latte and a low-fat carrot muffin. It’s fine to indulge in your regular muffin cravings as long as you don’t make it a habit.

Use a napkin to trim down the amount of grease you consume. By letting the grease soaked in, you’re sparing yourself of calories.

You can take advantage of the mall atmosphere by checking new outfits and trying them on. You don’t need to buy them if you don’t want to. You’re just using it as an excuse to move around, really. 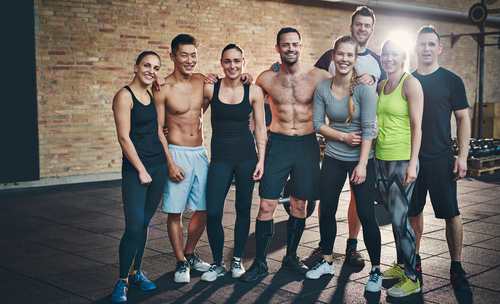 Some prefer to eat six smaller meals a day because this helps people control their hunger throughout the day. Studies also show that this helps in minimizing blood sugar swings. But if you insist on sticking to the traditional three-times-per-day meals, the least you can do is lessen your portion sizes.

Zucchini instead of pasta

Get zucchini noodles instead of pasta to indulge in your pasta cravings. This way you’re able to dig in for fewer calories.

Take the stars for at least two minutes every day, five days in a week. The calories burned through this are equivalent to a 20-minute walk.

Beer or wine is better

Instead of ordering frozen drinks, which gives you 300 calories or more, opt for beer or wine instead. A glass of beer is worth 140 calories while a serving of wine is only 126 calories.

How Is Your Prostate Important to Your Sexual Health? What Is It and What Does It Do

Brain Vitality GPC Review: Is it just what...