Obesity is a serious problem in the United States and, as you age, it becomes more and more difficult to avoid. Therefore, you want to engage in habits that will help you lose weight. Unfortunately, there are many seemingly innocent behaviors that can lead to weight gain. If you are worried about obesity, then you might want to avoid these behaviors.

Gaining a couple of pounds will not necessarily lead to obesity. Sometimes, it can actually be healthy to gain a few pounds, especially if you are underweight or if you are engaging in serious physical activity. However, people who start getting a tiny bit heavier are unlikely to be able to stop. Even if your weight gain is due to an increase in muscle mass, you still have a higher chance of being unable to stop gaining weight if you ever take a long enough break from exercising. Eventually, your weight gain can lead to serious obesity.

There are a number of reasons for this. When people put on some weight, they may not having the time or energy to try to lose it. If you do not ever exercise or diet, then small amounts of weight gain can accumulate over time until you are obese. Additionally, weight gain becomes more difficult to avoid as you age. Older people sometimes start putting on a few pounds and, if you do not make lifestyles changes to keep up with you physiological changes, those few pounds can turn into a lot more pounds very quickly. 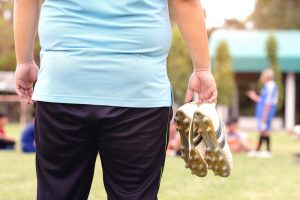 Some studies all show that, when you gain small amounts of weight, certain metabolic changes occur in your body that inhibit your taste buds’ ability to regenerate. As a result, some of your taste buds stop responding to certain flavors, especially sugary and salty flavors. You become more likely to eat unhealthy foods that you would have normally avoided before you gained any weight. The increase in the amount of food that you are willing to eat can lead to more weight gain, which makes you even less sensitive to certain flavors. You get stuck on a positive feedback loop and you end up suffering from obesity.

It is no question that some of the compounds floating around environment can play a big role in your body’s chemical makeup. Certain chemical imbalances in your body can make it easier for you to gain a few pounds. For example, some chemical imbalances can cause your brain to constantly tell you that you are hungry. Some imbalances can make you extremely tired so that you do not engage in adequate physical activity. Other imbalances will affect your digestive system in ways that cause you to put on some weight.

Scientists set out to figure out which type of chemicals can inhibit weight loss and a recent study shows that certain dust particles can cause adipose tissues to develop into mature fat cells. Adipose tissue is like a pre-fat cells. If dust is turning your adipose tissue into fat cells, then a dusty home can actually be causing obesity. The study also revealed that certain dust particles can cause lipids to accumulate in your blood, which can also lead to weight gain. Scientists believe that certain compounds that are commonly found in dust can impact your hormones. Usually, this hormonal disruption ends up causing things like tumors and cancer. However, in this study, it was revealed that they primarily cause obesity.

The study is very recent and still largely inconclusive. More research is necessary to determine if dust can really make you gain fat. Therefore, you do not need to be in a rush to clean up your home in order to lose some weight. However, a clean environment is definitely beneficial to your health, so it is unsurprising that it also might be beneficial to your weight. Even if later studies seem to suggest that dust particles have a negligible effect on weight, it still will not hurt you to try to breathe in fresher air.

The new studies on how social media causes obesity started when they realized that obesity might actually be spreadable. When your sibling becomes obese, your chances of becoming obese increase by 40%. Researchers assumed that this statistic had to do with genetics, but some scientists were not so sure that genetics played such a big role in weight gain. They later proved that, when your spouse is obese, your chances of becoming obese also increase my 40%. However, this evidence did not prove much because, even though spouses are not related, they still eat the same meals and engage in similar workout routines. 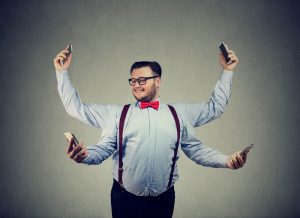 While the statistic on spouses proves that obesity is sometimes unrelated to genetics, it does not demonstrate that obesity is spreadable. Then, studies showed that, when a friend becomes obese, your chance of becoming obese increases by 57%, even if you live far away and live hugely different lifestyles. You do not usually share all your meals with friends, so scientists now believe that social connections influence your perception of acceptable weight and health. Therefore, if many friends on social media are gaining weight, you are likely to gain weight as well because you will think that weight gain is normal and natural. The opposite is also true. If many of your friends are in good shape, then you are more likely to feel as though staying in good shape is normal and natural, so you might end up putting in the effort to live a healthy life.

However, it is much more likely that you will end up gaining weight due to social media influences. It is almost always easier to be lazy and gain weight than it is to be active and lose weight. Additionally, studies show that, when friends post pictures of food, you have a high chance of getting hungry, even if you have just eaten. If you act on this hunger, then you might end up overeating and gaining some weight.

Dieting and exercise are obviously the two best ways to avoid obesity. However, your likelihood of becoming obese can increase under certain surprising situations. You do not have to completely avoid social media, dirty environments, or insignificant weight gain, but you should be careful around these circumstances because it can lead to obesity.