The Risk Factors Of Syphilis And How To Prevent Them

Being sexually active has both pros and cons. It helps strengthen the bond that you and your partner share, and it can get you in a better mood. In addition, it contributes to keeping your heart strong and healthy, allowing you to live a happier and more fulfilling life. While the positive aspects of it absolutely outweigh the negative ones by a lot, you should not completely ignore the dangers that come with it.

If you engage in sex, you are opening yourself up to the possibility of getting infected with sexually transmitted diseases, or STDs. There are many types of STDs that are so prevalent nowadays, and any one of these can strike you and all the other sexually active people in the world when you least expect it.

One such dangerous STD to be aware of is syphilis. Caused by bacteria, syphilis is a common sexually transmitted disease that can be a pest to deal with. It is primarily transmitted from one person to another via sexual acts. It can afflict you if your skin or mucous membrane gets into contact with a syphilis sore of a sexual partner who is infected.

What happens in the early stages of a syphilis infection?

Usually, someone who has been infected with syphilis does not manifest visible warning signs at the onset. He or she may appear to be syphilis-free for weeks, months, years, or even decades. The syphilis bacteria that have entered his or her body can stay on the down low, dormant, and waiting for a long period of time. As a result, it is possible that he or she can unknowingly pass on the disease to people who he or she has sex with.

What common syphilis signs and symptoms should you watch out for?

Syphilis comes with a number of signs and symptoms that vary per stage of the infection. The following are the typical ones to expect: 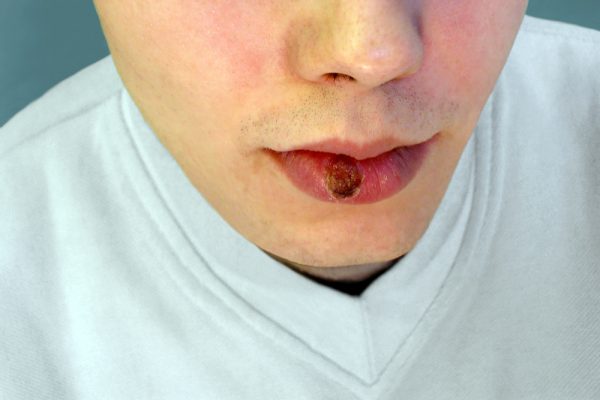 During the primary stage of syphilis, the symptom that appears is a small and painless sore known as a chancre. It pops up at that part of your body where the infection’s bacteria found an entryway. Usually, it takes about three weeks or so to show. And, in some cases, it can bring about more than one sore that can hide unnoticed around your general genital or rectal area. Then, after about three to six weeks, the chancre will disappear on its own, without you noticing it was even there.

After a few weeks of the chancre’s healing, some more syphilis symptoms may come rushing in. You may suffer from a rash that first appears around the spot where the syphilis bacteria entered your body, and then spreads to the other parts of your body, including the soles of your feet and the palms of your body. Even though most of your body may get covered by these rashes, you will not really suffer from itchiness. However, you may get more sores, about the size of a wart, appearing on your genitals or inside your mouth.

Furthermore, you may experience a fever, muscle aches, inflamed lymph nodes, and even hair loss, which may all go away after a couple of weeks, without you even taking any medications. However, they may come back and haunt you more times than you want to until you undergo proper syphilis testing and treatment.

If after the secondary stage of syphilis you still neglect to get an STD test and treatment, you are subjecting yourself to the latent stage of syphilis. During this period, no visible signs and symptoms are present, and it can last for several years. If you are in this stage, it does not mean that your infection has healed. It is just biding its time to progress onto the final stage of syphilis.

According to studies, approximately a third of the people who have contracted syphilis and fail to get the necessary treatment for it reach the tertiary stage of syphilis. During this period, the infection can cause very severe health problems that can afflict damage to your brain, heart, liver, nerves, joints, eyes, and bones.

Are there other ways of transmitting the syphilis infection?

Yes, syphilis can be transmitted from one person to another in other ways, apart from sexual contact with an infected human being. Pregnant women who have syphilis can pass on the disease to their child via the placenta or at the time of birth. This medical condition in babies is called congenital syphilis. A baby who has it usually does not exhibit visible signs and symptoms, though there have been cases in which a rash appears on the soles of their feet or the palms of their hand.

If not taken care of right away, a baby who gets syphilis from his or her mother may develop a saddle nose, teeth deformities and problems, hearing loss, and other complications.

What is the best way to protect yourself against syphilis? 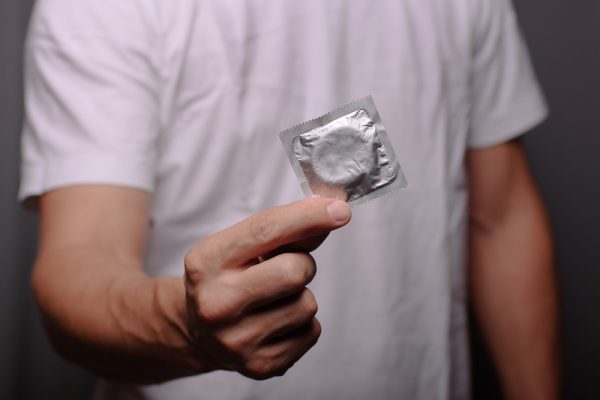 You should also stay away from alcohol and drugs to keep your brain in good condition. These substances can negatively affect the way you think and make judgments when it comes to sex, leading you to jump into unsafe sexual acts and practices that put you at risk of syphilis and other STDs.

And, if possible, stay in a mutually monogamous sexual relationship, as the chance of a syphilis infection is higher if you have multiple sex partners. You and your partner should be open about your sexual health too. Get tested together to know for sure if the two of you are clean and STD-free.

What your favorite sex position says how you...

What are the Medications that Affect Sexual Performance?