The 3 Reasons Why She’s Flaking on You

Dealing with a flake can be infuriating. You pulled out all your most clever lines, she seemed to be engaged when you first met, but she keeps avoiding the first date. It’s always some random excuse or no reply at all. You keep trying to get something lined up. How can someone be THAT busy? The truth is, she’s probably hiding more from you then you think. Here are all the reasons she’s being flaky as hell and what you can do to keep it happening to you.

She’s emotionally involved with someone else 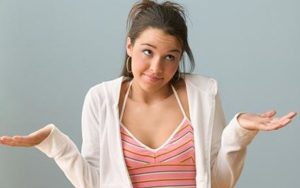 She might have another guy on the go who she’s really into. He’s not her boyfriend but she can tell they are on their way to a more serious relationship. She may like the attention of being chased by another guy which is why she agreed to meet up with you. You can eliminate this all together by asking a girl “are you in love with anyone?” instead of asking if she has a boyfriend. The reason for this is that even if she doesn’t have a boyfriend, she might be emotionally taken by someone else. Girls take love seriously and if she’s in love, you can bet she’s putting all her heart into it.

There’s something about you

She may have given you her number just to be polite, but she already knows she’s not into you. It could have been something you said, or maybe you look like a guy who bullied her in high school, or maybe she finds out you are younger than her. It could be something totally silly, but she still wrote you off for it. There’s nothing you can really do in this situation. It’s not your fault, she’s just putting a story on you and not willing to look past it. She’s already made up her mind about you and it’s pretty hard to make her change it, and why would you want to anyway? You wanna be with someone who doesn’t judge people on stupid little things.

She’s having a bad day 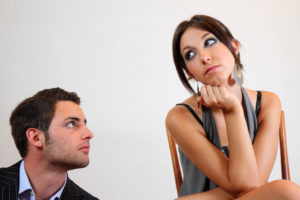 She might just be not feeling it that day. Maybe she has cramps, maybe she’s feeling moody. She doesn’t want to bum you out so she just says that she’s busy. The first couple of times is excusable. Anything beyond that and she’s straight up using you for self validation. Even the most busy people in the world can carve out one hour in their week for a date. Don’t let her use the busy excuse, it’s always a cover for something else. The best thing to do is stay cool. If you get mad, you’ll definitely scare her away. Call her out in a friendly way. You could say “wow, you play extremely hard to get, don’t you.” Or you could say “Alright, I understand. Your time is running out though. I can’t chase you forever ;)”.

What Women Wish You Learned in Sex Ed

In a Long Distance Relationship? These Tips Will...

Going in for the kiss