Are Guys Exaggerating When They Get Kicked in the Balls? Science Explains Why It Is So Painful

If you are one of the many unfortunate people who have experienced getting hit in the nuts, you know just how bad it hurts. On top of the excruciating pain there is always someone out there saying your bluffing, if only they could experience just how you feel. 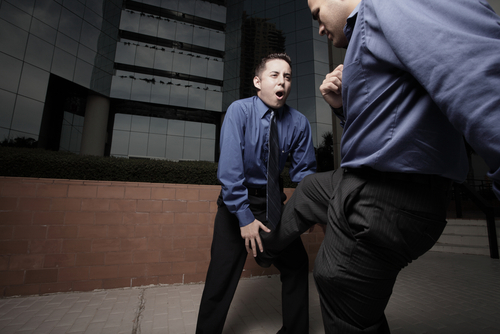 The reason why testicle shots hurt so much is pretty simple however, and it all comes down to pain receptors and nerves. The testicles are one of the most densely packed areas of the body as far as nerves and nerve endings are concerned. This means that the area really is more sensitive than other areas of the body, which makes absolute sense.

Another huge contributing factor here also ties in to our biology, specifically with our growth and development. The testicles initially start their development early on in our lives, and actually start growing high up in the abdomen, close to the kidneys.

From there they eventually descend down, all the way until they reach the scrotum. This means that the nerve ending in your testicles extend all the way back up into your body, back to your kidneys and upper abdomen.

This is why the pain hurts so much when you get hit down there, as the pain radiates throughout the lower portion of the body. Another common sensation that usually goes along with the pain from getting hit in the balls is feeling like you have to throw up.

This is again due to a reflex involving these nerves, along with ones which travel up the rest of your spinal cord, and in to the brain. It then activates centers in the brain which control vomiting and the nauseas feeling.

Experiencing this is obviously not fun, however it does have one benefit. It seems that this reaction survived to the present day because of the evolutionary benefits it provides.

It makes sense as if you are in a fight and get hit in the balls, you are going to be in extreme pain and may be unable to defend yourself. The vomiting reflex tends to move the individual backwards, or away from the potential threat.

Should You Seek Medical Attention After Getting Hit in the Testicles?

One of the things that will definitely run through your mind after a kick to the nuts is whether or not you need medical attention. The pain can be so excruciating that you think a trip to the emergency room is inevitable, no matter how much you want to avoid it out of embarrassment. 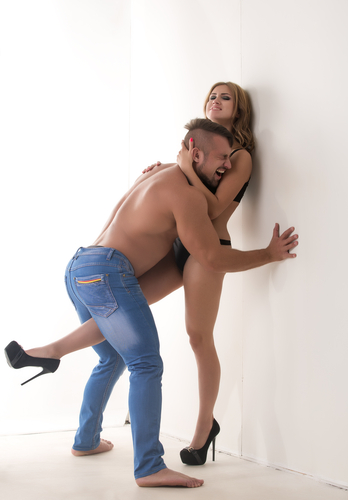 The good news here is that the pain should only be temporary, lasting 10-15 minutes on average. After that period of time you should be feeling plenty better and ready to get revenge on the idiot who hit you in the first place.

For some people however, the pain is persistent and doesn’t go away after awhile. The same can be said for the feelings of nausea and vomiting as well, making it an extremely horrible experience. If this is the case you should head to the emergency room as serious damage may have been done.

In this case the doctor simply isn’t going to be able to give you an accurate diagnosis without an ultrasound. An ultrasound will be able to tell if the testicle is damaged, twisted or whatever the potential problem may be.

The worst news you can hear here would be that the testicle is ruptured, as it requires surgery to repair the damage. This means immediate surgery within the day to try to save it, otherwise it may have to be removed.

Rupture testicles are a serious threat to our health because of the exposure of our sperm to our system. In some cases sperm cells will be seen as foreign bodies, and will be attacked by your immune system. It then will continue to attack the sperm cells, causing inflammation and a host of other problems in that area.

All in all just remember to keep that 10-15 window frame in mind. If your pain goes on for longer than that, you are going to have to take a trip to the hospital no matter how badly you don’t want to.

A Review of the Product ProbioSlim

5 Secrets of Long-Term Couples Who Still Have Amazing Sex

In a Long Distance Relationship? These Tips Will...

5 Secrets of Long-Term Couples Who Still Have...