8 Indications of Depression You Shouldn’t Ignore

You’re stuck in traffic. You’re late because someone cut in line while you were buying coffee. You didn’t make your deadline for this project your boss tasked you to do. It’s a terrible day because things didn’t go as expected. But it’s just for one day. Tomorrow, it’ll be better again for you. But in people with depression, the bad day doesn’t just end. Its symptoms usually continue for two weeks or more and they don’t commonly get better without medications.

Regrettably, most people don’t understand that depressive warning signs go beyond feelings of sadness. Also, the symptoms experienced vary from one person to another, which means that some may encounter more symptoms than others. Often, depression goes unnoticed and sometimes not acknowledged as valid. So, people suffering from it struggle silently.

For this reason, it’s important that you learn to identify the most typical warning signs of this condition – whether in yourself or the people around you so that you’ll know when to seek for help.

1. Being angry and bad-tempered

People with depression frequently report feeling restless or even hostile. Consistent feelings of rage can also bring about depression. Experts state that unresolved anger can result in passive-aggressive behavior, which can be self-destructive and contribute to having depressive symptoms.

That’s why it is recommended to discuss disagreements with others in the hopes of reaching a potential resolution, especially those who experience belligerence or even those who are ill-tempered. As mentioned, unsettled conflicts can lead to depression.

While we criticize ourselves every now and then for poor decisions or anything that we feel we’re lacking, for people with depression, this inner critic is more prevailing and disparaging that it can considerably affect their state of mind. Thus, severe self-criticism on a regular basis can be a strong sign of depression.

When you habitually cite your actions by telling yourself you should have done this and not that, you’re demonstrating self-judgment right there and then. If you don’t change that, you may find yourself experiencing depressive symptoms after a while. To avoid the onset of depression, you can learn how to fight self-criticism with optimistic self-talk.

One of the worst states people with depression can find themselves in is that feeling of hopelessness. This sense of bleakness is what puts off depressed people from seeking help in the first place. When one feels paramount helplessness, he or she doesn’t see the possibility of getting better. This is the reason why some try to resort to suicide. 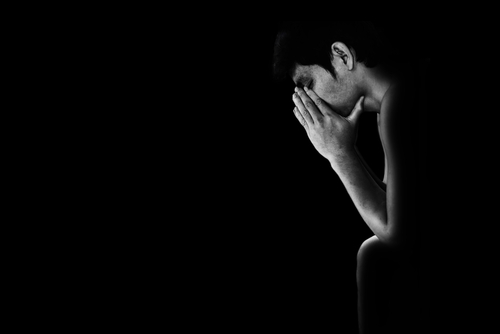 Also, experts think that feeling hopeless often can contribute to the development of this illness. For most people with depression, the strong feelings of hopelessness are developed over time through multiple disappointments and failures in life. These failures can either be factual or made-up. Self-judgment has something to do with the latter.

It’s normal to not be interested in office meetings with your boss’ repetitive success stories, but if someone is losing interest in the things he or she used to enjoy like watching movies, going to concerts, hanging out with friends, playing tennis or playing other sports, it could be an indication that there’s depression at play.

Sadly, a loss of interest can aggravate feelings of being alone, which makes depression even worse. This loss of interest may have something to do with the alterations in the brain’s levels of neurotransmitters that control reward and pleasure system. It’s truly a complex self-destructive sequence that seems impossible to break, which is why people with depression find themselves stuck in this never-ending cycle.

A lot of people lose interest in food when depressed. However, they may eat more in either a conscious or an unconscious attempt to enhance their frame of mind, which is why it’s often called emotional eating. In a study, it was found that consumption of foods high in carbs can transiently increase serotonin levels in the brain. Physical inactivity caused by depression can also contribute to weight gain. It is vital to seek medical help if there’s a weight increase of more than five percent in just a month.

Most people who suffer from depression also suffer from insomnia. Apprehension and never-ending ruminations will surely cause someone to find it seemingly impossible to fall asleep. When people don’t sleep well, they try to make up for it by hitting the snooze button, taking naps, or drinking caffeine, which makes falling asleep even harder.

Just like other indications of this illness, poor sleep even makes it worse. On the other hand, it was also found in a study that depressed individuals, particularly women, tend to sleep excessively. This is because they’re inclined to break away from their troubles by sleeping.

Depressed people feel like their bodies are strained and under tremendous stress, which can result in inflammation. This then leads to feelings of severe exhaustion. Sometimes, people don’t realize they suffer from the disease but they will frequently complain of feeling fatigued, lethargic, and just entirely drained.

When people with depression go to a doctor, it’s not depression they want to be checked, but bodily pains and soreness. This happens more often than not. Usually, these pains are stomach discomfort and joint and back aches.

This is due to the fact that the neurotransmitters serotonin and norepinephrine not only impact one’s frame of mind, but also his biological and neurological courses, which can lead to pain in the body. To make it worse, depression can also influence how pain is distinguished in the brain.

Is It Better To Drink Organic Wine Over Conventional? Here’s 4 Reasons Why You Should Be.