Becoming a father is one of the best things that can happen in a man’s life. Everyone has different approaches on how to raise their children and not let them down. No two fathers are ever the same, but there are a couple of qualities that make them look like a hero in the children’s eyes. Keep reading for the qualities that showed up most often as “great dad” worthy.

A great dad can listen well, without judgment of what’s going on in their kid’s life. According to the research of neuropsychologist L. Brizendine, there are differences in how men and women react to news of another’s struggle. Women hearing of a friend’s problem most often experience a flare-up of activity in the mirror neurons at the front of the brain, experiencing what it may be like to be in that friend’s position and thus empathizing. Studies of men’s brains, by contrast, demonstrate that the mirror neurons light up for a fraction of a second, and then the information travels straight to the temporal-parietal junction, at the side of the head. The temporal-parietal junction is a problem-solving center and is the part of the brain that prompts you to say when confronted with someone else’s struggle.

This response is natural, so natural that women often complain about it. Combined with the energized desire to protect offspring, however, it can make children feel like they are more judged than supported. Rather than jumping immediately to criticism, even if it feels constructive, take several minutes to empathize and acknowledge your kid’s feelings. It can go a long way toward making that kid feel respected, which in turn means more respect for you. 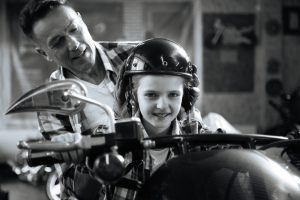 A great dad can offer advice on where boundaries are respected, and the kid can apply it. This one is tricky but incredibly important. It toes the distinction between guiding children in a direction you feel is safe and allowing them to learn from their own growing sense of confidence and autonomy. Children are, after all, their own people, and this process of self-formation accelerates into the teenage years. Don’t try to force your children into doing something they don’t want to do. Advice that respects boundaries takes into account that children ultimately make their own decisions, and they define their own values as they learn and grow. More often than not, some of these values will differ from yours. The best advice, this contributor believes, is advice that children can use to help form (but not define or consume) their expanding worldview.

Times have changed since the fifties when men were all expected to be breadwinners for their families. All children need a male role model to look up to. Most girls look to their fathers to see how they should be treated and what to expect of the man they date and marry. Young men admire their fathers and grow up to be just like them. They look for their father to lead them and teach them how to be a man. Though many men still feel that this is a guiding aspect of their own masculinity, expectations of what they should bring to their families has become more multifaceted with time. This means a good dad not only helps the people he loves put food on the table and pay the bills but also takes an active role in understanding who his children are as people and what motivates them.

Never underestimate the value of parental support in a child’s life, even when that child’s goals seem far-fetched. You want to avoid the possibility of your son or daughter 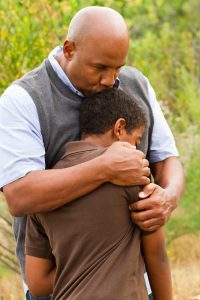 to go outside of the family to find someone to listen to them and comfort them. Everyone doesn’t have your child’s best interest at heart. Sometimes this means encouraging whatever that dream is, while also providing knowledge of the skills necessary for that child to take care of themselves if and when they start floundering. After all, nothing says “I love you, son” more than a thinly veiled sentiment of “Your dreams are invalid, and I don’t believe you can accomplish them, anyway.” Prepare kids with the skills they will need to navigate the wide world, but never stop supporting them– You don’t want to live on in their memories as the person who extinguished their light.

A great dad is a feminist, but toxic masculinity still exists. When a family has both sons and daughters, and each is treated differently, the kids notice. Often times this manifests unintentionally as a dad’s preference to play sports with his son, a desire to be a positive male role model to that son, and the reality that it is often easier to connect with children of the same gender. Where this becomes an issue is a way this makes daughters feel. Having moved past the era of dowries and legislation designating daughters as property, those daughters want to feel like their parents connect with who they are as people. Even if it is sometimes more difficult to find something to bond over with your daughter, putting in that effort will keep her from feeling like an accessory.

Show you value her for her opinions, her decisions, her accomplishments, and whom she is becoming as a person. Invest time in her and give her the advice you think will best help her grow. Listen to her ideas, learn from each other, and grow together. Don’t look back in twenty years and realize that you were emotionally unavailable, you didn’t take the time to appreciate and help cultivate her personal potential, or that you don’t know her opinions on anything. Do something to work on this not tomorrow, but today.

Best Biotin Benefits–How Can This Vitamin Improve Your...

Signs of Cancer, and What You Can Do...

Can You Get Rid of Lower Back Pain...