The Erection Hardness Score is a simple tool used by specialists for various purposes such as quantifying erection outcomes and observing the severity of erectile dysfunction. The tool was actually developed by researchers as part of sildenafil clinical trial around ten years ago.

When it first came out, the EHS tool was used to find out how receptive men were to treatments for erectile dysfunction (ED). As the tool was soon validated as a reliable measure of a man’s erection hardness, studies using the tool ventured to investigate the relationship between men’s mental health, age, physical health factors, and erection hardness. Let’s take a look at the results of a population study involving more than seven thousand men.

Age As A Relevant Factor 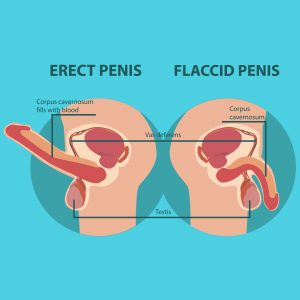 Although it may be intuitive already, the study was able to validate that erection hardness was affected by age. Their results showed that men in their 20s (20-29) had the highest percentage of EHS 4 at almost 60%. The trend then continued downward from men who were in their 30s up to men who were in their 70s, with 11.2% of the latter scoring a 4.

What’s interesting is that between the age group 40-49 and 50-59, there was a 15.2% difference in EHS 4, which suggests that as you move from your 40s to your 50s, that’s when you will notice the most difference in your erection hardness. It’s also in the 50s age group where the number of men who scored 2 or not hard enough for penetration, increased by 7.8%.

Of the 7,710 men included in the survey, only 41.4% said that they were confident about their sexual ability whereas almost 60% said that they were not confident. Age also appeared to be a factor for sexual confidence, in the same way that erection hardness decreased as age increased. As expected, the higher EHS scores also reflected higher confidence in sexual ability. In short, the harder a man’s erection is, the more it boosts his sexual confidence.

However, the study found that certain lifestyle factors were not at all correlated with sexual confidence. Lifestyle factors included in the study were alcohol and tobacco use, marital status, and metabolic syndrome But some of these factors did affect erection hardness scores.

The following factors were associated with lower erection hardness scores: 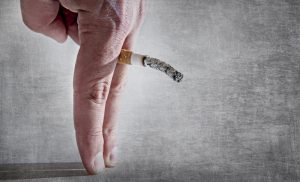 – Men with metabolic syndrome showed a 1.4-fold increased odds of getting a low EHS as compared to men who did not suffer from the condition. Metabolic syndrome is actually a group of various medical conditions present together. These include increased or high levels of blood sugar, blood pressure, cholesterol, and excess waistline body fat. Since these conditions occur together, they raise the risks of stroke, diabetes, and heart disease.

– Men with histories of hypertension showed an increased likelihood of getting lower erection hardness scores compared to men who did not suffer from the same medical condition.

Erection hardness has long been associated with improved self-esteem, increased confidence, better relationships, and healthier emotional well-being. It’s no wonder then that men try many different ways to get harder erections.

Of course, prescription drugs are an option. But it’s not the only way to get higher Erection Hardness Scores. Based on the results of the study mentioned earlier, there are ways to increase your chances of getting harder erections. Cutting back on smoking is one way to do it. Aside from improving your overall health, quitting smoking just might be the trick that you’re looking for to improve your sexual capability.

Keeping yourself generally healthy and diabetes-free is also another way to increase your chances of getting high erection hardness scores, even as you grow older. Diabetes is a serious condition when not managed properly, and it can’t be emphasized enough that your sex life is one of the things you can expect to deteriorate when you ignore your diabetic condition. Exercising regularly and watching what you eat are also great ideas for avoiding metabolic syndrome.

Another option is to take male enhancement supplements. If you do use sex enhancement pills, just make sure that you choose your supplement with care. Read the label carefully and be wary of unproven marketing claims. If you have the time, it’s also a good idea to research a bit about the ingredients contained in the supplement. And although many male enhancement supplements are available over the counter, it’s best to consult your healthcare provider first, especially if you have any existing medical condition.

Things to Talk to Your Doctor about When...

Universal Animal Test Review: Is it for me?