Contents show
1 Getting to Know CogniSharp
2 Does CogniSharp Have Sufficient Clinical Evidence?
3 How Efficient Are the Components in the Product?
4 Similar Cognitive Enhancers
5 What Consumers Have to Say?
6 CogniSharp Cost and Money-Back Guarantee
7 Final Verdict: Is CogniSharp the Real Deal?

This brain supplement is a new product that touts to help you enhance your short-term memory and concentration. It also claims to facilitate mitochondrial health in order for your cells to create the energy required for sustained health.

This is obtained by having the collaboration of powerful components, such as BioPQQ and CoQ10. Both have been demonstrated to be 3ox more effectual when it comes to boosting recall compared to placebo. The company behind CogniSharp recommends taking 2 capsules in the morning. If you follow the suggested dose, it is claimed that you can feel the positive results within 8-16 weeks.

Getting older has lots of pros, such as having more wisdom and knowing precisely what it is that you want in your life. When you’re older you also get to use and enjoy the fruit of your labor. But there are certainly some cons and probably the greatest con is memory decline.

Can the components in this supplement do something to aid in the lessening memory loss, or is it just a worthless investment on your part because it cannot generate any significant changes? Think of the following considerations:

Does CogniSharp Have Sufficient Clinical Evidence? 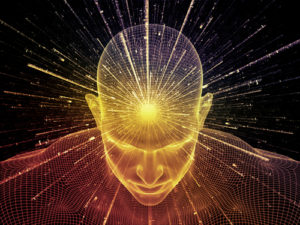 Based on the information on the product site, “PQQ 20 mg/day + CoQ10 300 mg/day or placebo were taken in a randomized double blind study by Japanese men and women aged 50-70 who had mild memory loss associated with aging. Their memory functions were tested with the Japanese version of the RBANS test, which is a particular test method used to examine the memory functions. At 8 weeks, the immediate memory scores of the group that received PQQ + CoQ10 were 30 X higher than the placebo group’s scores. The difference between the groups scores varied depending upon how long PQQ 20 mg/day + CoQ10 300 mg/day or placebo were taken.”

Simply put, the clinical tests referenced on their site are only for the components in CogniSharp and not the product itself.
Remember, the reference for the aforementioned study on the product site was listed as “Medical Consultation and New Remedies 48(5), 59-67, 2011.” But when we tried to look for this specific citation on the web, the available results were websites linked to CogniSharp.

How Efficient Are the Components in the Product?

Pyrroloquinoline quinone (PQQ) is a form of chemical that’s in-charge for the launch of sending signals to molecules. This consequentially helps in making fresh mitochondria in the cells, as well as help increase metabolism of energy, development and function. Given this, BioPQQ is a trademarked, commercialized form of PQQ, in which Mitsubishi Gas Chemical America, Inc. is the owner. But it wasn’t explained on the company site what exactly the health gains are for this version.

WebMD stated that CoQ10 is utilized by the body to generate the energy it requires for cell development and sustenance. It also works as an antioxidant, which shields the body from injury, which is caused by detrimental molecules. Even as CoQ10 is deemed to be generally harmless, some patients who consume more than 100mg each day have said that they experience adverse reactions like sleeping problems, skin rashes, stomach discomfort and others.

On the other hand, it is vital to remember that even as there are some advantages linked to each of these chemicals, there is inadequate quantity of clinical proof demonstrating that taking supplements is capable of boosting memory in any way possible.

Lastly, it is significant to remember that nootropic supplements have lately proliferated for consumers, thus, if you’re seeking for some sort of a supplement that can help improve mental health and performance, there are so many of them to select from.
But of course, this does not automatically mean that any of these selections will be any more efficient than CogniSharp.

What Consumers Have to Say?

As of this writing, this product was a new one, so we didn’t find a lot of consumer feedbacks on the web. We did find out that the supplement is created by Kowa Health Care America, Inc. Still, the manufacturer is not registered with the Better Business Bureau.

But since we have evaluated lots of prominent nootropic supplements here, which includes Cebria, Evo Brain Pill, Neuroflexyn, and others, we know that such products aren’t really generally well-received by customers. Here, brain boosters generally get an average of 2 stars with the most usual grievance mentioning ineffectiveness.

Still, this does not mean that you’ll experience the same with CogniSharp, since the supplement has another kind of formulation. It’s just worth mentioning nevertheless. This is in order to help you get cautious and manage your expectations. 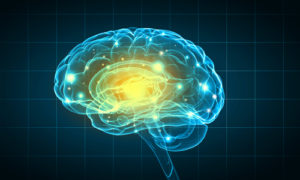 This particular supplement is only accessible through the company. For 2 bottles, the cost is $39.95 with an additional $5.95 for shipping and handling.

In contrast with several other dietary products we have evaluated, CogniSharp does not take you to any autoship plan enrollment. This, apparently, is good news. At least, you don’t have to worry about any recurring purchases and taking the trouble to cancel it.

Furthermore, all orders of the supplement are provided with a 30-day money-back guarantee, less shipping and handling fees. To get a refund, you must call customer support at (888) 655-9649 to get an RMA.

For one, there’s not enough scientific proof demonstrating that CogniSharp’s components can be useful in producing brain-related benefits. So, it’s best for you to consult your doctor to ask for more efficient means of alleviating memory decline.

But if you are interested in trying PQQ and CoQ10, these products are also offered independently via a large assortment of resellers. More often, they’re also cheaper than CogniSharp, so it is more reasonable to go for this option than buying the supplement itself.

Reviewing the Safety & Efficiency of Provasil

A Product Review of GAT Nitraflex – Is It Effective?

These 6 Daily Habits Contribute to The Aging...

These 3 Super Foods Will SAVE Your Life!