The Best Ways to Avoid Hemorrhoids: Are Your Habits Causing Flare Ups?

Hemorrhoids naturally occur throughout the lining of the digestive tract, however we are most familiar with the ones which can be found just inside or outside of the anus. While the majority of the time these little bumps go unnoticed, there are times when they can become inflamed which can lead to extreme pain and discomfort.

There are two different types of hemorrhoids, both external and internal. The majority of complaints tend to be with the external type of hemorrhoids as they are more prone to becoming irritated from external physical pressure such as when an individual sits on them. This further restricts blood flow both in an out of the affected area, which exacerbates the problem. 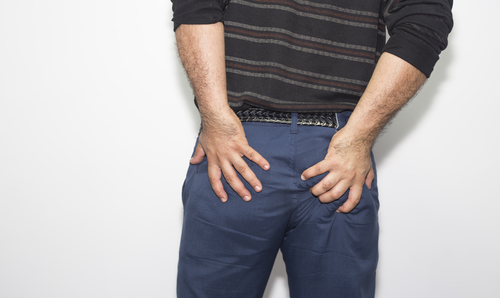 Hemorrhoid flare ups can be extremely painful and can last for weeks in some cases, so naturally it is in our best interest to do what we can to avoid them. Here are some of the easiest ways you can avoid hemorrhoid flare ups, with minor changes to your habits.
Straining Yourself Causes Hemorrhoids

Waiting on a bowel movement can potentially cause hemorrhoids because the longer you wait to do so, the harder the stool is to pass. This is because the stool becomes more dense and more compact as time progresses.

The reason why this happens has to do with the function of the large intestine, as one of its jobs is to remove excess water from the stool as it passes through the system. The amount of water that is removed from our stool is dependent on the time that it stay in the digestive tract, so holding off on going when your body signals you to do so can make your bowel harder to move, and can lead to hemorrhoids.

You’re not going to be able to stop what you’re doing and immediately go to the bathroom whenever nature calls, however when the opportunities exist you should do so.

Sleep Disruption Can Cause Hemorrhoids

Sleep affects all aspects of our health, including the digestive process. A disruption in our sleeping habits such as waking up late can cause an imbalance in the body, which may lead to hemorrhoids. 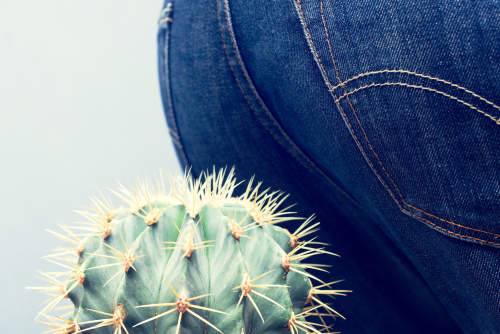 When you delay getting up out of bed in the morning after you’ve already been woken up to get some extra sleep, this can slow down the bowel movement. This in turn can cause constipation which makes us more apt to strain during defecation and can cause hemorrhoids.

The number of adults in the United States who are overweight or obese outnumber those who are of healthy weights, which is largely due to a poor diet. This diet consists of foods which are extremely high in calories while being devoid of many essential nutrients that the body needs, such as fiber in this case.

The body uses fiber to clean out the digestive tract and to form the stool itself, making it an important tool in the fight against hemorrhoids. When we don’t get enough fiber in our diets, the stool itself isn’t big enough, making it harder on the digestive tract. The body has to strain itself to move this thinner stool through the system, which is a great way to cause a hemorrhoid.

To avoid this problem, you need to be eating a diet higher in fiber, which is going to firm up the stool, making it easier for the body to pass. Another extremely important thing to remember here as well is that you need to be drinking plenty of water. Water helps to keep the digestive tract lubricated so to speak, which helps to avoid irritation of the digestive tract, tears, and hemorrhoids.

Avoid Hemorrhoids By Exercising With Caution

Lastly, many people experience hemorrhoids or make an existing problem worse by overexerting themselves while exercising. The most common way this occurs is when someone is coming back to the gym after a long hiatus, or a weekend warrior who is just trying too hard.

In both instances the individual will lift too much weight, which can lead to hemorrhoids especially in the case of pushing exercises. Properly warming up by using less weight at first as well as using proper breathing techniques can reduce your chances of developing a hemorrhoid while working out.

Taking Care of Hemorrhoids Yourself Versus Going To The Doctor
Following the advice above certainly is going to reduce your chances of developing hemorrhoids, but you will still develop them from time to time.

In many cases an over the counter treatment or supplement can be a sufficient solution, however in some cases a visit to the doctor is necessary. If the hemorrhoids lasts for more than a few weeks or is extremely painful, you should see your doctor for alternative treatments. In most cases the blood flow to the hemorrhoid can be cut off which reduces it size, however in the most serious cases surgery is required.

Got Married. Sex Got Worse.

What to Do When You Feel Unexpected Pain...

Prone to Asthma – Here are Foods to...

Keep Quiet and Carry On: All About Erectile...