Contents show
1 Weakness in your arms and legs might mean you are having a stroke.
2 Pain in your legs can be a sign of a dangerous blood clot.
3 Suicidal thoughts are a very good reason to seek out help.

Every now and then, you may get an unexplained headache or develop constipation and you probably tell yourself that it does not mean anything because symptom will probably go away quickly. It is definitely true that the majority of aches and pains that you experience are probably not an indication of a major illness. However, some symptoms can be a sign of a serious problem and they should not be dismissed as minor or insignificant.

Weakness in your arms and legs might mean you are having a stroke.

Strokes are caused by blood clots or blood leaks in your brain and it is one of the most common causes of death in the United States. Even if you survive a stroke, the cells in your brain will become deprived of adequate blood supply and they will quickly die without ever being properly replaced. As a result, without proper and immediate treatment, stroke can cause serious and oftentimes permanent neurological and physical impairments. Therefore, you definitely should be able to recognize the signs of a stroke and you should never ignore them if you start to notice any symptoms.

Strokes come with a variety of symptoms, including a weak or numb feeling in yours arms, legs, or face. If only one side of your body seems affected, then chances are it 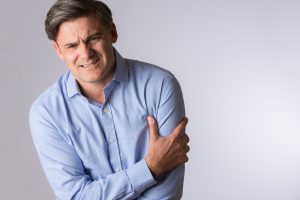 probably is a stroke. Other symptoms include dizziness, loss of balance, vision changes, headache, confusion, and difficulty speaking. Many of the symptoms of a stroke can also be a sign of a transient ischemic stroke, which is characterized by very temporary loss of blood flow that rarely has long lasting effects on your health. However, transient ischemic strokes should not be ignored either because they are a sign that you are at a very high risk for a more serious stroke, which means that you want to take whatever precautionary measures that you can in order to avoid getting a stroke.

Pain in your legs can be a sign of a dangerous blood clot.

If you are experiencing pain or tenderness in the back of your lower leg or knee, it might be mean you have a serious blood clot in your leg called deep vein thrombosis, which is commonly occurs after you have been sitting for a prolonged period of time. Swelling, heat, and redness may also occur if you have deep vein thrombosis. The pain will probably be at its worst when you stand up and engage in physical activity. Moving around can always cause a little bit of tenderness, but serious pain and swelling is not normal and you should not hesitate to talk to a healthcare professional if you notice any of the signs of deep vein thrombosis.

It can pose a serious health risk and about nine percent of people in the United States who get it will die from it, which is the equivalent of about 100,000 people every year. The reason that deep vein thrombosis can cause so much damage is that part of the clot can break away from the veins in your legs and move around to other regions your body. Eventually, it might end up getting into your heart or brain. Your lungs are also very susceptible and deep vein thrombosis can cause a pulmonary embolism, which is when the arteries in your lungs become blocked. Even if the clot does not end up in a life threatening location, it can still block blood supply to a vital organ, causing some organ damage.

Suicidal thoughts are a very good reason to seek out help.

Suicide is another extremely common cause of death in the United States and the rates are rising. Although you are less likely to attempt suicide if you are a man, men are still more likely to do die of suicide than women are because men’s attempts tend to be more lethal. Therefore, you should not assume that you are not vulnerable to serious mental health concerns. Statistics might show that psychiatric disorders like depression are not too common among men, but many believe that men are actually just as susceptible to many mental health concerns. The only reason that statistics suggest that men are less likely to suffer from many psychiatric disorders is that statistics are skewed by the fact that men tend not to report symptoms of things like depression due to shame. 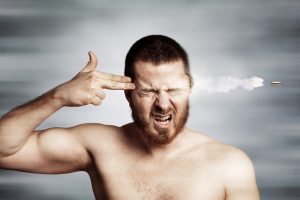 This shame might prevent you from reaching out if you have suicidal thoughts, but suicidal thoughts are not something that you should ignore. It is normal for people to have a small amount intrusive thoughts about death and suicide, but you should not dismiss your mental health if you are becoming concerned about how often you are having these thoughts. Additionally, if you find yourself making concrete suicide plans, you should reach out for some sort of help immediately. You can call an anonymous suicide hotline, walk into your hospital emergency room, or talk to your doctor about getting psychiatric help. With the right type of care, you should be able to properly manage whatever is causing you to think about death or suicide.

Suicidal thoughts are almost always a symptom of a treatable mental illness like depression or anxiety and, oftentimes, suicide can be prevented if you are able to get the treatment that you need. You may feel ashamed about talking to someone about your mental health, but healthcare professionals are not here to judge you or make you feel embarrassed. Counseling and medication can make a huge difference. Even if you do not experience suicidal thoughts, most people can benefit from some forms of counseling to deal with stresses, anxieties, and crises that might be negatively affecting your life.

You may not think the minor health problems you experience are a sign of something that actually requires immediate treatment. However, many of the most commonly ignored symptoms among men should not be ignored. Sometimes, you need to speak to a healthcare professional in order to avoid serious injury, organ damage, and even death.

What to Do When You Feel Unexpected Pain...

What Is a Health Coach? Should You Get...

Reviewing the Safety & Efficiency of Provasil