Contents show
1 “Hey” is for horses, not ladies.
1.1 Before messaging her, take some time to read through her profile.
1.2 Prepare yourself, because you may learn something new.
1.3 Try your hardest to refrain from being cheesy.
1.4 Do not be shallow. Like, at all.
1.5 As I mentioned before, ask about her near future plans.
1.6 Most importantly, always be yourself, no matter how corny it sounds.

When Tinder first hit the dating scene, it was presumed to be a great new and improved way to date online. Nobody knew complications would come into play.

While I may have only used Tinder once or twice in my life, I still understand, through friends and family members, that it’s hard to ‘put yourself out there.’ It’s even harder, and scarier, to find the right balance of words to land yourself an in-person date with the human on the other end of the conversation (that is, if they even answer your first message you send them).

Well, that’s kind of what I’m here for actually. I know some of you have mastered the art of sending that first message out, but there are still others of you who have no luck with these kinds of things. Allow me to help you out in getting your next Tinder date; Trust me, most of my tips work all the time!

“Hey” is for horses, not ladies.

Almost every woman believes that if a man hits her with a “hey” on Tinder, they most likely want to smash. Even everyday men using the damn application say so. One in particular, stated in an interview on the topic, that Tinder is just a way to get dozens of women’s faces in front of a man’s face. In other words, Tinder gives men easy access to phone numbers, dates, and even sex. Some guys go as far as swiping right countless times, just to see how many options they really have.

However, this isn’t the case all the time. Some of you guys actually want to look for a true, genuine connection. And I give those of you credit. So, if you’re one of those guys that wants to really get to know a girl for who she is, heed my advice: Stand out from the crowd. Don’t message her with that uncreative “hey,” cause if you do, she’ll think you’re like everyone else. And you don’t want her thinking she’s the 30th girl you’ve messaged that day, either. That means to avoid any variation of the word “hey”, too (“yo,” “hello,” “sup” etc.).

Before messaging her, take some time to read through her profile. 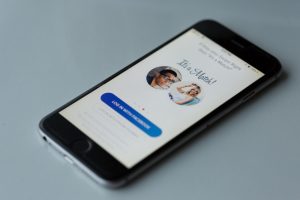 Trust me when I say, she thinks about what she puts on her profile. So, if there’s information there, please read it. Many men fail at this extremely easy task (and pay for it in the long run). Make sure you’re personalizing your introductory statement, specifically with no sexual innuendo, so that way she feels as if you’re truly eager to get to know her.

Tip: Find something super interesting about her on her profile and bring it up in conversation right away. For example, if she likes wine, say something along the lines of, “Pinot Noir is my favorite wine, do you have a favorite?” And, if you think it’s too creepy to start with something like that, just ask her how she is and if she has any exciting plans coming up in the next month. Then, you can gradually bring up if she’s been to a winery and ask what her favorite part about experiencing fresh wine in an outdoor setting is.

If you don’t want to go off her profile information, go off her pictures. Once again, no sexual innuendos. For example, if she has a dog and you have a dog, maybe you could bring up something about dogs. You get the point.

Prepare yourself, because you may learn something new.

You may not understand what I mean by this, but hear me out.

If you’re reading her profile, you may actually see something you’ve never heard of before (or something you have heard of, but have limited information on). For example, if the profile you’re looking at states the woman is a vegetarian, ask her about how she started with that diet. Get into details and learn the background of it all (if you’re interested). Many men find themselves to be very successful when they ask questions about things they don’t know to women on Tinder, actually. If you’re interested in the topic, that makes it even better.

However, don’t lie or make things up while having a conversation. For instance, don’t tell her you’re interested in trying yoga with her when you’re really not. It may be something she’s very passionate about, and if she finds out you don’t care about it at all after you said you’d be interested in giving it a shot, she’s going to have a different perception of you.

Try your hardest to refrain from being cheesy. 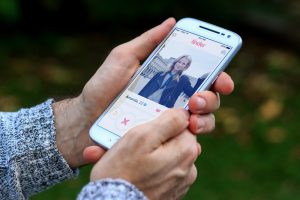 Cheesy pickup lines can be worse than a simple “hey.” They’re usually extremely unoriginal and they tend to be a lot less funny than you think they are. I mean cheesy pickup lines do work once in a great while, with the right person. However, if you’d like to proceed on the line of caution, I wouldn’t hit her with one until you know her well enough to ‘guestimate’ her response.

I get it; We all have the perfect person in the back of our minds that we wish we could date. It’s natural to have that. And, anyone who says this isn’t true is clearly a liar. That doesn’t mean you should be shallow, act shallow, or say anything shallow to her while having a conversation. Physical appearance should not be the first thing you’re concerned with, anyways. Plus, it’s a major turn-off if you express your need for a hot woman. Some examples consist of asking how tall she is, asking if she wants to have kids, and asking what she wants out of ‘this.’ You’ll find out how tall she is if you meet her, you’ll have the conversation about kids in the future if there is one, and you’ll find out what ‘this’ is if it becomes anything. Just wait.

As I mentioned before, ask about her near future plans.

If you do incorporate this suggestion into your conversation, try not to be creepy about it; Ask it in a friendly way, so that you don’t look as if you’re going to stalk her around town. Once the question is answered, you’ll be able to trail out the conversation from there (there’s really so many angles this could go, and that’s a good thing).

Most importantly, always be yourself, no matter how corny it sounds.

Getting Ignored By Girls? Here’s Why