You’ve probably heard of the ketogenic diet by now, and if you haven’t, I’ll briefly summarize it. It’s a diet that requires you to eat foods low in carbs but high in healthy fats, and almost everyone has tried it at least once.

Don’t get me wrong, it sounds like an awesome diet; It sounds like it can really knock off those extra pounds you’ve been dying to get rid of. However, with everything good in this world, comes something bad on the other side of it. In other words, the ketogenic diet isn’t all it’s cracked up to be; It actually comes with unwanted side effects, to say the least.

Let’s get into the details of the keto diet.

In addition, the ketogenic diet omits carbs from everyday life. This, in turn, gives the body the opportunity to burn even more fat, especially considering that carbs within the body are technically burned first, if they’re present. In other words, with no carbs present, our body immediately goes for it’s second source: fat, to produce energy.

However, there are downfalls to this process. Let’s take a look.

UNWANTED SIDE EFFECTS OF KETOGENIC DIET

Your insulin levels may drop. 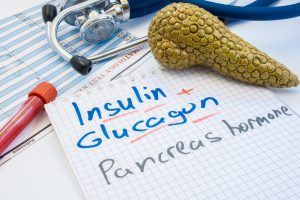 When we eat and partake in normal diets, certain foods will increase our insulin levels (specifically foods that contain glucose). However, when on the ketogenic diet, your insulin levels drop significantly. This may seem good to you, due to the fact that lower insulin levels actually burn fatty acids from the fat tissue in your body, and in turn use it for energy production. However, low insulin levels are never necessarily a good thing to strive for.

You’ll be less hungry during the day.

Eating during the day speeds up your metabolism. When you’re on the keto diet, however, you don’t get too hungry during the day. This happens due to the fact that you’re eating more proteins. Proteins fill you up quick, and they take a long time to burn through the body. Therefore, not promoting hunger.

What’s more is that the keto diet makes you not so hungry during the day to the point that it can actually suppress your appetite, for a long time even. If this happens, there’s a possibility that your body will get so used to not being hungry during the day that you may be able to eventually skip an entire meal, and we all know that’s not good for a healthy body.

You can actually start to feel sick.

This may sound extremely odd but being on the keto diet can actually promote side effects associated with the ‘Keto Flu.’ Okay, so the Keto Flu isn’t an actual flu, but it does promote flu-like symptoms.

Typically, such flu-like symptoms will occur within the first few days of being on the diet. This happens due to the fact that you are getting used to not having carbs in your system. Specific side effects include headaches, muscle cramping, nausea, fatigue, and fogginess. These symptoms only last for about a week or so, but there’s always over-the-counter medications to help you out with the pain.

In addition, try hydrating as much as possible to get rid of these unwanted side effects. Also, getting a full 8 hours of sleep can really help with symptoms of fatigue and muscle cramps. 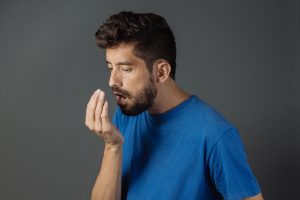 Your breath may or may not smell bad.

People on the keto diet tend to carry breath mints and/or gum. Why? Because their breath can start to smell after a few days of being on the diet. Don’t worry, though. This doesn’t happen to everyone.

You may have difficulty pooping.

Being on the keto diet can lower your fiber intake. With that being said, you should always monitor your fiber and nutritional intake to be sure that you are getting an adequate amount of each.

Some people, while on the keto diet, experience difficulty and/or discomfort with digestive functions, specifically pooping. For instance, constipation has been known to come up here and there with people first starting off on the diet. This happens due to the low amounts of fiber your body gets while partaking in the ketogenic diet. It’s okay, though. It’s an easy fix. Go to your local drug store and pick up a fiber supplement and be sure to take it once a day.

Your body functions may slow down.

As with any diet, your body has to adapt to the new foods being introduced and the old foods being omitted. While this situation is going on, your body may feel a little bit more tired than usual. Even though it may take some time to adapt, you should be good as new in just a few days (it’s just hard getting over that hump).

Because of this, many professionals suggest not working out or partaking in too many moving activities within the first week. If you’re feeling weak, or even achy, professionals also suggest you take it easy on yourself while your adapting to the new body changes.

So, is the keto diet worth it for you?

Well, that’s a decision you, and only you, can make. Weigh the good and the bad and make your decision. I mean, the side effects aren’t all that bad, but they can be unpleasant at times.

Hey, even if you’re contemplating it, just try it out. If you find it’s not something you’re into a few days in, quit it and go back to your normal routine. There’s not much to lose here.

7 SIGNS YOUR DOG MAY BE SICK