A Product Review of GAT Nitraflex – Is It Effective?

It is remarkable how the nutritional supplement industry always finds way to develop new things that customers will be interested in. For instance, there’s the brand GAT, which promotes itself as one of the most excellent fitness product brand that creates the ideal supplements for passionate athletes and bodybuilders. GAT has recreated the concept of a pre-workout product and gave it a fresher version by combining all the features and aspects customers would be seeking for in a pre-workout supplement. It claims to be so effective that it’ll generate effects in just a single dose. 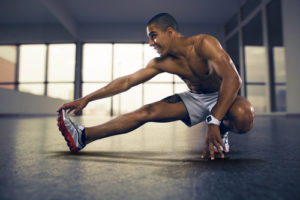 Basically, GAT Nitraflex is promoted as a pre-training formulation. On the other hand, you would notice that the components in it are also utilized in both post and pre-workout products. This makes this one of the most fascinating formulations we have seen in the industry– and because GAT has already established a reputation in the business, this supplement is certainly worth the attention. Surely, GAT Nitraflex offers great promises to its consumers. In this review, we’ll tackle more about the product’s features and what it is really made of. This way, we can help you make an informed and conscious decision, which is crucial when choosing for the right brand to trust. After all, you wouldn’t want to invest your hard-earned money for something that turned out to be ineffective.

Essentially, pre-workout products are recognized for using components that can be assimilated by the body fast. On the other hand, GAT Nitraflex has components that cannot be amalgamated by the body quickly just in time to make an impact on your training session. Thus, it is particularly substantial to examine the components of the formulation, specifically if you’re thinking of using this product alongside other types of pre-workout products, since they might end up having similar components, which wouldn’t create any variety into your supplementation at all. Having knowledge on a product’s ingredient profile is also important for a customer as you have to know what components you’re putting in your body. 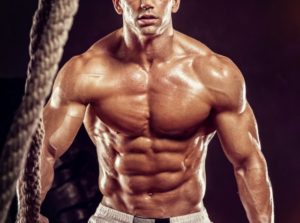 The supplements produced by GAT make the impression of being made of distinctive components. Knowing that is has a bit of everything; it would be fit to assume that GAT Nitraflex’s consumers are the ones who are trying to take advantage of all the ingredients in one product. It’s also a way of trying to save on such products. As an alternative, GAT Nitraflex works best instead of taking 3-5 multiple kinds of products since the said supplement has an assortment of ingredients combined altogether. Given this, users can enjoy the convenience of only consuming a 10-gram scoop of the supplement instead of taking several kinds of them, which can be tedious at some point.

How Effectual is GAT Nitraflex?

This particular pre-workout product is mainly made to facilitate better blood flow. Its core component is L-Arginine, which is known to boost the nitric oxide levels in the body. With this, the blood vessels are expanded, so that blood flow increases to the muscles. You can guest what benefits you can reap from having an increased blood flow, physically and sexually. Also, L-Arginine is a part of the Vasoactive Arginase Regulating NO Precursor blend of the supplement that has interesting components involved. They are as follows:

Furthermore, the supplement has components that serve a user’s mental facility when it comes to his workout capacities. In undergoing an intense exercise, not only do you need to be physically ready, but you’re also required to have the needed drive and mental focus. GAT Nitraflex calls their mental focus-boosting feature the Acute Energy, Focus, Intensity, Neuromodulating Endurance Complex, which have the components listed below:

Finally, this pre-training product has a testosterone-enhancing blend that has calcium fructopyranose borate or CFB.

Fundamentally, this supplement covers three various kinds of workout formulations in a single serving, which is very much appealing to consumers who want to save both money and efforts from taking more than one supplement daily. A single serving of GAT Nitraflex is only priced at about over a dollar. Considering it contains 3 grams of citrulline, 1.5 grams of beta alanine, and 1.5 grams L-Arginine, this product features a decent dosage of the aforementioned ingredients. However, they’re not as much as what other pure nitric oxide enhancers can offer or what other completely pre-workout products can deliver. As mentioned, GAT Nitraflex is a little bit of everything. It does not focus on working on a single specific goal, unlike nitric oxide boosters, which as the name implies, concentrates on increasing the nitric oxide in the body. Still, it doesn’t make GAT Nitraflex ineffective. But if you’re looking for something that can purely and totally boost your nitric oxide levels, you wouldn’t find GAT Nitraflex ideal.

Basically, GAT Nitraflex is a great alternative for those who want to consume a variety of ingredients for a much cheaper cost. Just remember that the components in GAT Nitraflex are in lower doses since there are varieties of ingredients involved in the formula. If you’re okay with that, you would love GAT Nitraflex.