Along with all of this mobility comes with the joint being weak itself, hence why so many of us experience some form of injury or another during our time at the gym.

The shoulders are also a very important aspect of your training as the shoulder joint is involved in many different exercises that we do outside of specific shoulder training. Hurt your shoulder and good luck working on your arms, chest, or even holding weights to do lower body exercises.

If you are new to exercise or are just coming back from an injury, it is really easy to follow the bad habits of others which can end up hurting you down the line. Try to avoid making these common mistakes which can save you some pain and agony in the long run:

Focusing Too Much on The Anterior Head 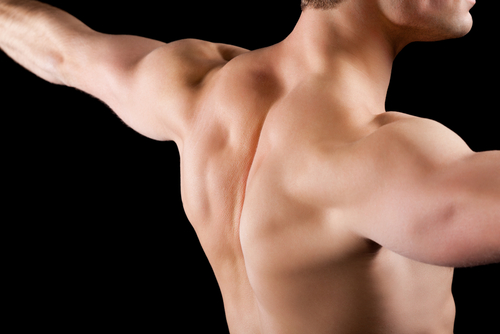 The first thing you need to know about the shoulder muscles is that they consist of three heads, the anterior, the lateral and the posterior. The anterior head, or the one in the front, is the muscle that typically gets the most work out of the three.

This is the muscle you engage during pretty much any type of press whether it be shoulder specific, or in other exercises such as the bench press. Basically this muscle is engaged in any type of pushing motion, and hence tend to get overdeveloped compared to the other two heads.

While the posterior head gets work during many of the pulling exercises such as ones that primarily focus on the back, the lateral head tends to get left behind. You want to really focus on your lateral head when shoulder day comes around if you want to have nice rounded symmetrical looking shoulders. Too much anterior work tends to roll the shoulders forward as well, which causes a hunching bad posture.

Not Working the Shoulders Themselves

This sounds like a no-brainer, however many people make this mistake not only when it comes to training their shoulders, but weight training in general. Many people are focused too much on how much weight they are lifting and not getting and effective workout.

This leads to swinging the weights around and using momentum more so than actually working the shoulders. You should be performing your exercises slowly and squeezing your muscles throughout, and not relying on momentum to do the exercise for you.

You should be maintaining control along with a continued squeeze throughout the exercise. This means both on eccentric and concentric motions, such as pressing the weight up, and of course the downward motion as well.

Another thing many people do here which hurts themselves is that they rush through the exercise, trying to bang it out as fast as possible. Slow it down a bit and not only will you reduce the chance of hurting yourself, but you should see better gains as a result.

Using Too Much Weight

Another problem many people have when trying to work the shoulders is that they simply use too much weight. Compared to other muscle groups in the body the shoulders are just simply weaker, and many guys especially are not used to picking up 5 lb dumbbells for their exercises.

This leads to other problems as well mainly having to do with bad form, and generally flailing the weights around. Remember it is really easy to injure the shoulder joint, so start really light if you aren’t sure how much weight to start with.

Many people make the mistake of believing that using more weight automatically translates in to more gains, which is not always the case. If you aren’t using proper form and are recruiting other muscle groups to power through your reps, you certainly aren’t going to be gaining any more shoulder mass because of it.

5 Secrets of Long-Term Couples Who Still Have Amazing Sex 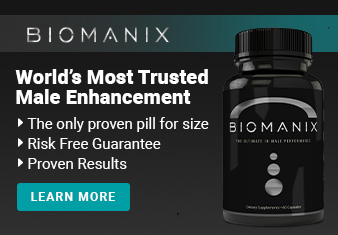 Getting in more high protein food