As we all know, there are several illnesses and diseases we are all scared of getting. Cancer, HIV, Ebola, and Pneumonia are just a couple of the better known, but you might be more prone to them than you think.

It turns out, most American men end up taking better care of their car than their own health. Checkups at the doctor start to feel useless, so you start to skip them until you can’t remember the last time you even stepped foot at a doctor’s office. Of course, a weak education of health, a lack of awareness, and unhealthy lifestyles are also to blame. Nevertheless, health should be everyone’s number one priority, and awareness of illnesses and diseases more destructive than a cold or the flu is crucial.

It’s no secret that heart disease leads to serious and fatal consequences. More than one in three men will end up with some form of cardiovascular disease, according to the American Heart Association. African-American men total for 100,000 more deaths than Caucasian men, deriving from some form of heart disease. High blood pressure is very common in males who are under the age of 45, which can lead to other extreme complications in the future. The cardiovascular disease itself is known as the number one killer of men, which means you should start to check with your doctor about how at risk you are for heart disease. Routine checkups can keep your heart healthy and catch any problems in the early stages before anything gets too serious and while the complication is still manageable. 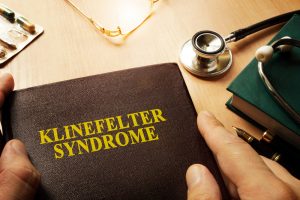 Most men with this condition don’t notice the symptoms of this condition until puberty. This is because puberty stimulates an increase in testosterone production, and a man with Klinefelter Syndrome would not be able to produce as much testosterone. However, several men still do not notice they have this condition until they are much older. Symptoms of this Syndrome include an increased height, long legs and a short trunk, a lack of energy and somewhat of fatigue, increased belly fat, troubles reading, writing, and communicating, anxiety, depression, and other mental illness, and infertility. However, there are fewer than 200,000 cases of Klinefelter syndrome in the United States per year, which means your chances of being affected by this genetic condition are very slim.

Most people have never heard of a varicocele, but it could impact your life in several different ways. This means you probably want to stay attentive and watch out for any complications regarding this in the future. Varicocele is also known as scrotum varicose veins; a varicocele is the expansion of the veins that are inside of the loose sack of skin which grips your testicles. A varicocele in this sense is similar to a varicocele vein you might see in your leg. Varicoceles are a usual cause of low sperm production, as well as a decrease in the quality of your sperm. Varicoceles can also end up causing your testicles to fail in the normal development process and even shrink. Most varicoceles will usually end up developing over time, and they are also very easy for doctors to diagnose and recognize. Varicoceles can also be repaired surgically. 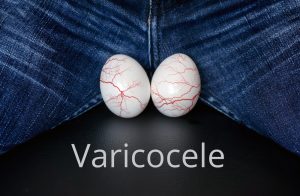 If you have a varicocele, you may have the following symptoms. People who have a varicocele will experience discomfort that ranges from sharp to dull, and an increase in exertion when related to standing over long periods of time. Varicoceles will worsen over the course of the day, meaning it will start to get more painful. Once you lie down, however, the pain will be relieved. Varicoceles are also known to cause impaired fertility. However, varicoceles rarely ever show symptoms.

Peyronie’s disease could also be recognized as Penile Fibrosis. Peyronie’s disease is when fibrous scar tissue starts to develop inside the penis. This causes the penis to be curved during erections, which gives immense pain to the recipient. Some men naturally have some curve to their erection, and if you do this shouldn’t give reason to be worried. You should only start to feel worried if your erection gives you some sort of pain.

Peyronie’s disease could prevent you from having sex and make maintaining an erection very difficult. On peculiar cases, this disease can actually go away on its own, but this almost never occurs. If left untreated, Penile Fibrosis will either become stable or significantly worse. Peyronie’s disease will also cause stress and anxiety to the person who has it. If the caused curvature is too severe, treatment will be needed and given by a doctor. Symptoms of Peyronie’s disease include scar tissue, erection problems, penis shortening, and significant pain.

To be in the clear for all medical problems, you should always go to the doctor and get regularly checked. There are millions of other diseases, illnesses, syndromes, etc. that are at your exposal at any moment. Awareness is very important and should be prioritized, doing research on which diseases and illnesses you’re most likely to get could even save your life. It is very easy to prevent several illnesses that could severely impact your life; Stay cleanly, stay hygienic, watch what you’re putting into your body and get regularly checked by a doctor a couple times a year.

Which Type of Cardio Should You Do – LISS or HIIT?

An Insane Amount Of Tips To Morph You...

10 Healthy Habits That Can Help You Beat...