Before telling you the cost of phalloplasty, let’s first discuss what phalloplasty is. Phalloplasty is a procedure that allows surgeons to create, alter, or increase the size of a man’s penis. For some men, this surgery may not be needed to increase their size if they try a male enhancement supplement.

Phalloplasty is used for cisgender men (those who were born a man both internally or externally) if they lost their penis during the course of a disease or due to an accident.

It is often used under the category of masculinizing surgery or gender-affirming surgery for female to male (FTM) transgenders to make their bodies more closely reflect their natural self and is mostly covered by many healthcare networks. Masculinizing surgery may involve “top” surgeries in order to remove the breasts and create a chest that looks more masculine, and “bottom” surgeries that boost the size of the clitoris (metoidioplasty), build a new penis (phalloplasty), or add a scrotum (scrotoplasty).

Phalloplasty is a very complicated surgery that often requires multiple procedures to complete. The optimal result of phalloplasty is a penis that is sufficient aesthetically and functionally. Those who undergo phalloplasty hope to be able to have normal sensation from their penis and be able to urinate.

HOW TO CREATE A PENIS 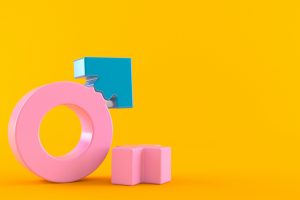 The fundamentals of creating a penis involve producing a tube within a  preexisting tube. The inner tube is used to eject urine or semen if a man has lost his natural penis, and just urine if the patient was born a female. The outer tube is the shaft of the penis. After attaching the shaft, or neophallus, onto the pelvis, the plastic surgeon or urologist will connect as many blood vessels and nerves to the pelvis, so the patient can enjoy sensation from the new phallus.

After these areas are all completed, the external portion of the new penis is sculpted into the form of a natural penis shaft and head.

Flaps are a general term for all of the tissues and skin that will be needed to create the new penis. As these tissues are taken from the patient’s body, they can reduce the likelihood of the body rejecting them and reduce the need to match blood types.

Radial forearm free-flap (RFF) currently holds the position as the best phalloplasty technique. This surgery involves the surgeon removing a large rectangular expanse of skin from the patient’s forearm and building the penis shaft with this skin.

Forearm skin has many advantages when it comes to phalloplasty such as it is a highly sensitive area of skin, easier to harvest, and offers a rather large amount of skin to work with.

Disadvantages are that the future penis will be a very different color than the groin area, causing the penis to stand out among its surroundings, the scar on the forearm leaves a large scar that is easily noticed, which may not be the desire of some men as anyone familiar with phalloplasty will know this is where the scar stemmed from. In addition, multiple large scars will result as the forearm must be covered with a skin graft taken from the high. Finally, the skin removed from the groin will require a surgeon who is able to perform microsurgery as it the skin will need to be connected to the blood supply and nerves that are part of the groin.

If you have a small forearm, you may need to undergo a two-step process to complete the phalloplasty, with 6 -12 months in between.

Termed a pedicled thigh flap, this skin remains connected to its blood supply, so there is no need for microsurgery. It is taken from the upper section of the outer side of the non-dominant thigh. Thigh skin can be harder to use than the forearm skin as it is thicker, so it is harder to shape into a proper-looking penis. In addition, this procedure has been known to have many more complications than the forearm procedure.

This technique does require microsurgery as it uses the nerves, skin, and a piece of the fibula bone to create the new penis.

Skin taken from the large muscle in the back is harvested with its nerves and blood supply and moved to the groin, in order to create the new penis.

If a transgender man doesn’t want to remove their vagina or have a urethra, the flap can be removed from the abdomen. Urination will come from the vagina that is under the phallus and the patient will sit to urinate.

The scar left behind runs from hip to hip. This procedure has fewer complications and the scar can be hidden easily with clothing. 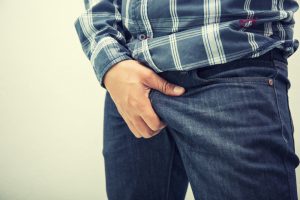 Some men do not want a penis that can be used for intercourse. These men may just want to urinate from their penis but have no intention to have sexual relations. A penile implant, also called a penile prosthesis, can be inserted when this is the patient’s desire.

An inflatable prosthesis is filled with fluid that comes from a reservoir to create an erection. This is used more often than the semi-rigid penis technique because the patient doesn’t have to be erect all of the time, even though creating the inflatable implant is harder to perform.

Semi-rigid implants can be bent, so the patient can maintain an erection all of the time.

For cisgender men, who already have a urethra, they can be given a new penis somewhat easier.

Now that you have an idea of what phalloplasty is and who it is geared towards, this is how much it costs. Due to the complexity of this surgery, it can cost from $24,000 to $100,000 out-of-pocket. As there will be subsequent procedures and repairs for most phalloplasties, this number can reach $200,000. Many healthcare plans cover most of these costs as reconstructive surgery and gender-affirming procedures are included in many health care plans in the United States. For those who do not live in the United States, the procedure may be less expensive, but it is less likely their healthcare plan will cover this procedure.

Giving Your Girl the Best Orgasm of Her...