When it comes to getting massive calves, the simple truth is that many of us are going about the wrong way of doing so- some of us even neglecting the calf muscles altogether. The fact is that if you neglect to train your calves, not only are you going to have underdeveloped chicken legs that look horrible, it creates an imbalance in your body as well.

Not Giving Your Calves Enough Attention

This is one that is going to seem pretty obvious when you look at it on paper, however it is still one of if not the biggest mistake people make when it training their calves. Men in particular are very guilty here, in that they tend to focus more so on other body parts. 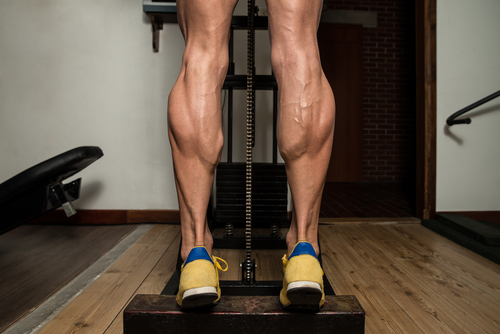 Most guys are going to spend 5 days at the gym a week maximum when it comes to weight training. Like anything else this means you have limited time and effort to devote to gaining muscle, and most men like to invest that energy elsewhere.

Typically you will see men more focused on their arms and chest in particular, and they tend to spend at least one day a week working on these muscle groups, if not more. You should be following suit when it comes to working out your calves, in that you should be training them at least once a week.

Don’t make the mistake that many others do in believing that other exercises and daily use are going to be enough in regards to their development, because this is simply not the case. Neglecting the calves is only going to cause an imbalance in your development over time, so make sure to give them enough attention.

It would be an outright lie if we were to say that genetics doesn’t play a role in muscle growth and development, it absolutely does play role here. With that being said your genetics isn’t going to determine how developed you are on its own, as that requires plenty of time and dedication as well.

Many people make the mistake of not training their calves because they haven’t been genetically gifted in that department. This is a similar excuse as to those who don’t focus too much on their chest because they have a gap in between their pecs, just a silly rule to go by.

You can’t build functionally strong calves or any muscles based on genetics alone-having good genetics gives you a good foundation to work off of, but it definitely shouldn’t deter you from working on a particular muscle group.

Like any other exercise, when you don’t use proper form you are not only cheating yourself-but may potentially injure yourself in the process. Everyone is familiar with the guy at the gym doing seated leg raises with 5 plates on each side who just bounces the weight off his thighs. 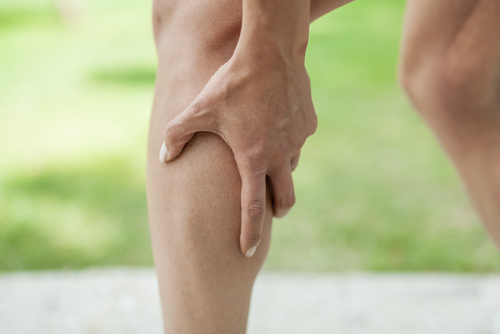 Not only does this guy look dumb while doing the exercise, he really isn’t doing anything meaningful either. All of that bouncing of the weight is the result of momentum, and is not demonstrative of strength.

Instead of throwing on a massive amount of weight in an attempt to look good, reduce the weight you are using to where you can comfortably move it, and get more out of the exercise in return.

You should be firmly planting your feet in to the plate of the machine to where you can easily push off the plate to move the weight on the machine. This should be done in a slow, controlled movement to best work the calves.

Not Prioritizing the Calves

Like any other muscle group, to best develop the calves you have to give them adequate work. Many people make the mistake of always saving their calf exercises for the end of their routine, where their energy levels are already depleted, and muscles are sore.

This inevitably means that they aren’t going to be able to lift as much as they could if they started off their routine with the calf exercises, where they had more energy and were less fatigued.

Make sure to prioritize your calves at least one day a week, preferably on a day where you aren’t focusing on any other muscles in the leg. This will help to better develop your calves without hindering you elsewhere.

How To Get Started With Cardio Exercise