Processed and Junk Foods Destroy Your Health in 6 Devastating Ways

As the number of fast food restaurants in the United States, the number of Americans who are obese or overweight also increase. It’s not a surprising trend, consider that most Americans consume fast food at least once weekly.

Unfortunately, fast foods are either junk or processed foods, which means that they give your body insufficient nourishment. But they do give you a lot of dietary and health troubles.

Here are 6 deleterious ways by which processed and junk foods are harming your health.

For both men and women, consuming significant amounts of processed foods and junk foods is closely tied to reduced fertility and impaired sexual functioning. In men, obesity, diabetes, heart diseases, and hormonal imbalances can have adverse effects on testosterone production, sperm production, libido, as well as erectile function.

Women who consume a lot of junk foods are also less likely to become pregnant. Phthalates found in junk foods and processed foods also have negative effects on female reproductive organs. On the one hand, men who regularly eat junk foods and 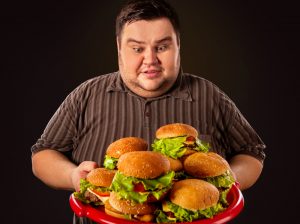 processed foods as part of their diet often have reduced sperm quality.

Studies have also shown that when men consume a lot of unhealthy foods, their semen quality and fertilization rate decline. Processed meat, total dairy and full-fat dairy products, sugar-sweetened beverages, and sweets all have detrimental effects on male fertility.

Junk foods are typically high in carbohydrates, particularly high-fructose corn syrup as well as added sugar. When you eat processed foods or junk foods, your body has to break down these heavy carbohydrates into glucose, which is then released into your bloodstream.

When your body senses that your blood glucose levels are increasing, your pancreas responds to the rising blood sugar levels by releasing insulin. The transportation of those glucose molecules from your blood to your cells is actually the main function of insulin.

However, when you frequently snack on junk foods, your pancreas will need to keep releasing insulin to take care of excess glucose in the blood. When your blood sugar levels and insulin levels frequently and continuously spike up, it can lead to insulin resistance. Hence, junk foods can increase your risks of type 2 diabetes and make you gain weight.

Processed foods and junk foods contain large amounts of empty calories which is why these unhealthy foods are often blamed when people gain weight. Unfortunately, when you put on extra weight, it can exert additional pressure on both your heart and lungs. This can lead to respiratory problems.

In fact, there’s a high prevalence of asthma in children who frequently consume fast food. Moreover, in non-obese asthmatics, eating even just one fast food meal that’s full of saturated fat can already cause their airway to become inflamed. This also increases their potential of having an asthma attack.

Several studies have shown that there’s a strong link between diet and depression. Depression symptoms are not common in those who follow a Mediterranean diet or eat more vegetables, fruits, and fish. A healthful diet can protect you not only against depression but also against various health problems like obesity, Alzheimer’s disease, and diabetes.

One study showed that the more you eat pizza, hotdogs, hamburgers, doughnuts, croissants, fairy cakes, and other commercial baked goods, the higher your risks of developing depression symptoms will be. According to the study, those who ate processed foods and junk foods frequently are 51% more likely to become depressed.

If someone tells you that you’ll die early if you don’t stop eating junk foods or processed foods, you should pay attention. Processed foods and junk foods are highly associated with impaired cardiovascular health.

If you always make it a point to eat fast food at least twice a week, you should change your dietary pattern if you don’t want to become obese. If you visit fast food restaurants more than twice every week, then you’ll probably develop type 2 diabetes and metabolic syndrome. More importantly, your chances of dying from a heart disease will also increase.

The processed foods that you eat at fast food restaurants are not only high in unhealthy fat, sodium, and sugar, but they’re also high in phthalates, which are substances that can disrupt your hormonal balance.

Phthalates are commonly referred to as plasticizers since they’re typically used to make plastic more flexible. Phthalates are absorbed in the body through ingestion of food. 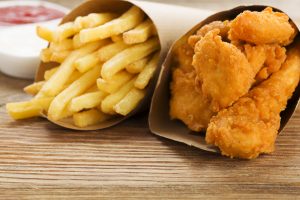 When phthalates enter your body, these harmful substances can cause damage to your lungs, liver, kidneys, and even to your reproductive system. Di(2-ethylhexyl)phthalate (DEHP), in particular, is a type of phthalate that is considered to have strong negative effects on the endocrine system and can even cause cancer.

Phthalates have chemical structures that are similar to estrogen. Because of this, phthalates are able to bind to molecules in the body that are supposed to be bound to estrogen. These harmful chemicals basically affect the function of endocrine glands and affect your hormone production.

If you have concerns about your fertility, changing your lifestyle and diet can definitely help you improve your fertility. You can also take a an all-natural male sex enhancement supplement that’s made with herbs that are widely popular for their pro-fertility and pro-sexual properties.

It also contains Butea superba, damiana, and muira puama which are recognized as amazingly potent aphrodisiacs. These herbs can greatly increase your libido and also enhance your sexual performance. With these natural ingredients, it can dramatically increase your sexual vigor while enhancing your fertility.