Bro code rules guys interactions, whether unspoken or spoken. Here are 18 of those codes so you know how to act around your fellow bros.

#2 URINALS—THERE IS A RIGHT ONE

Letting your woman wear the pants isn’t encouraged. Respect, consideration, and love are cool, but she shouldn’t be running your life.

#4 WHIPPED BY YOUR FRIEND’S WOMAN? DON’T BE.

Matter of fact, as much as possible, just hang out with your bro. You shouldn’t have much of a reason to hang out with his woman, though if you come upon her, be nice. 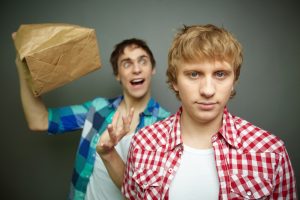 Pranks are always fun. A little shampoo, some prank calls, and a lot of shaving cream.

Dainty won’t do. Crumbs are good, but your woman will appreciate it if you clean them up because, you know, she’s not a maid.

Fruity drinks are an option for those with double X chromosomes. For dudes, follow these three simple things.

#10 WHEN YOU’RE A GROOMSMAN 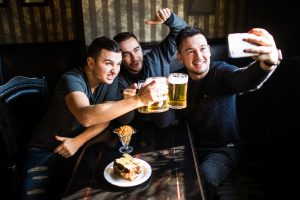 All-bro pics have a couple of simple to follow codes.

This may be a natural process, but if you let one loose, follow these simple three.

Unless you’re a unicorn in disguise, there’s nothing special about your gas.

While we all love our junk, don’t put yours on camera.

Don’t put down a close friend, or close friends, to impress a woman or new person in the group. That friend has your back and this, seriously, goes against bro code.

#16 DON’T BE HIGH-MAINTENANCE WITH YOUR BEER

When offered a free, cold, beer, accept it. For that matter, accept whatever’s around you, rather than going on and on about how you don’t like this brand. When you get home, open the fridge, and drink the beer you like. If you have some, Mr. Free Beer.

If your bro’s re-telling a story you’ve already heard from somebody else, let him. He’s taking the time to tell you, which means you’re one of his close buds. For that matter, act like you haven’t heard it before. Your bro’s not a mind-reader, he doesn’t know you already know. Let him enjoy the moment like you’d expect him to do for you.

#18 HOMOPHOBIA IS NOT COOL

So, with these rules spelled out, go forth and be an awesome bro.

How to Lose Belly Fat Quickly