According to research, there are over one million people in the United States who have a disease known as HIV or the Human Immunodeficiency Virus. Do you know what HIV is and what it can do? Are you aware of how dangerous it is and how much harm and damage it can do to your body? How is it spread and how can you protect yourself from it?

HIV or the Human Immunodeficiency Virus is a common sexually transmitted infection that is caused by a virus. It attacks your immune system and lowers your CD4 cell count, leaving you with a weakened immune system that is unable to fight off other viruses, bacteria, and pathogens that bring diseases. If diagnosis and treatment are delayed, it can develop into AIDS or the Acquired Immune Deficiency Syndrome, and eventually lead to death.

How is HIV transmitted?

HIV can afflict both men and women, young and old. It can be passed on from one individual to another through the following: 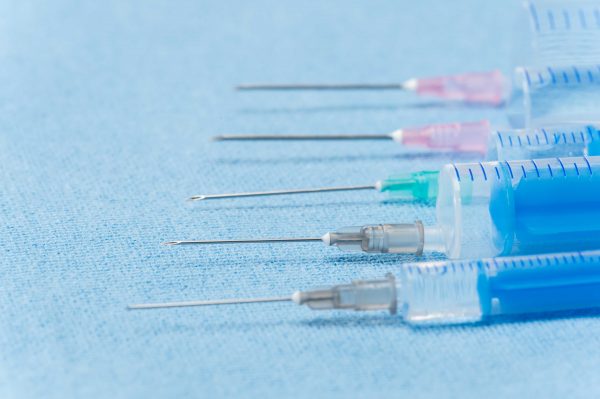 Sharing of needles, syringes, and other paraphernalia

HIV can be spread through blood, so if you get a body piercing or a tattoo, you have to make sure that the equipment available is sterilized. Also, avoid using used syringes and needles when injecting drugs, as the previous users may be infected and pass on the disease to you.

Women who are pregnant and have HIV can transmit the infection to their children during their pregnancy, at the time of child delivery, or during breastfeeding. To protect babies, pregnant women are urged to get HIV tested and get treatment at the earliest opportunity.

Receiving an organ or blood that is contaminated with HIV

During the early years of HIV, the spread of the virus was quite prevalent through organ transplants or blood transfusions. Fortunately these days, with stricter rules and regulations for such procedures, the risk of transmission has been significantly reduced.

What are the risk factors associated with HIV?

Anyone can get HIV. However, certain factors make some people more likely to get infected than others. The following are the common HIV risk factors that you should know:

For many people, using condoms when having sex is not pleasurable. However, not using condoms increases the risk of HIV infection and other sexually transmitted diseases. Even though condoms do not 100% guarantee that you are protected, they can significantly lower the chances of transmission.

Certain parts of the world have high rates of HIV, so if you live in one of these places, your odds of running into someone who is HIV positive is higher, and your chances of having sex with someone who carries the infection are also higher.

People who drink too much alcohol and/or dependent on drugs are more prone to make poor decisions when it comes to sex. Because alcohol and drugs can impair brain function, they are very likely to fail to use condoms when having sex, share used needles and other paraphernalia when injecting drugs into their systems, and others.

What are the common signs and symptoms of HIV?

Some different signs and symptoms can occur if you have HIV, and they vary depending on which stage of the infection you are in.

If you are in the primary stage, which happens about one or two months after initial exposure to the virus, you may experience:

If you are in the clinically latent stage of the infection, you may continue to have swollen lymph nodes. And, if you do not get the proper treatment for HIV right away, this stage may go on for the next 10 years.

In the symptomatic HIV stage, you may develop the following signs and symptoms:

And, if you remain untreated, HIV can develop into AIDS, and trigger more severe symptoms, including:

What tests can diagnose HIV?

There are a number of HIV testing and screening methods that can diagnose HIV. If you want to get tested because you think you have been exposed to the virus, you should go see a doctor who can advise you on what screening test you should undergo. Below are the common HIV testing methods used:

This is a type of combination test usually conducted about 18 to 45 days after initial contact with HIV. It can detect traces of HIV antibodies and antigens in the patient’s blood sample.

The Nucleic Acid Test (or NAT), also known as Nucleic Acid Amplification Test (or NAAT), is typically conducted 10 to 33 days after initial exposure to the virus. It can find traces of a particular bacteria, virus, or nucleic acid that acts as a pathogen in the patient’s blood, urine, tissue, or others.

Why Testosterone Management Is Crucial to A Man’s Sexual Health

How to Grow a Really Manly Beard