T.A.G. is a glutamine supplement that promises to bring out impressive muscle building results. As its name implies, its only component is Trans Alanyl Glutamine as the company behind this product aims of making T.A.G. as pure as possible. This supplement is the new product of the manufacturer Metabolic Nutrition.

T.A.G.’s company purports that their product is an excellent version of glutamine, which significantly boosts the body’s mechanism for muscle enlargement and restoration much quicker than the L-form of the amino acid.

But does this supplement work? Does it have what it takes to be a promising glutamine supplement? Let’s find out below.

What it is made of? 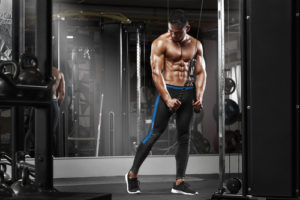 Basically, the supplement contains 10 grams of Glutamine in each serving. This ingredient is an essential amino acid that is present in approximately 60 percent of the body’s skeletal muscle.

When there’s not enough glutamine, it can result to reduced energy, physical force, and endurance. Recuperation also becomes tougher after undergoing vigorous training.

Additionally, glutamine contributes a crucial part in the metabolism of protein where it delivers nitrogen stability, or what is called anabolic state, by supplying nitrogen to different areas of the body.

The company behind T.A.G. indicates that while the free form of L-glutamine works in terms of protein amalgamation and fueling the cells, is primarily used up in the intestines and thus, only transports 10 percent of glutamine to muscle tissues.

Metabolic Nutrition also said that T.A.G., on the other hand, is delivered into the bloodstream at 100 percent, so that they reach the muscle tissues and avoid protein catabolism or the damaging of the muscles.

This hypothesis is based on the fact that Trans Alanyl Glutamina is a dipeptide. This means it is bound to other amino acids to produce a more stable link during the fusion of proteins.

Are there Side Effects? 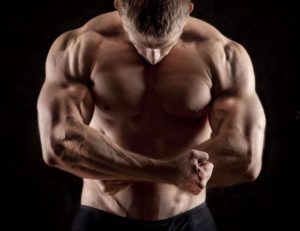 Glutamine is an essential component in muscle building supplements and has not been demonstrated to bring unpleasant adverse reactions to the body. It is generally regarded as a safe component.

T.A.G. , meanwhile, is new in the market, which is why there aren’t many consumer feedbacks yet. Users, however, seem to be torn on whether Trans Alanyl Glutamine has potential or not. Some people think that the science behind this ingredient is pretty much logical that there may be a chance for it to be promising.

The company recommends consuming one dose of T.A.G. per training. You can opt to have the Fruit Punch flavor of the supplement or you can also have the unflavored form.

Surely, you’re wondering if Trans Alanyl Glutamine is more efficient than the standard L-Glutamine since this is the concept that T.A.G. is trying to convey. As mentioned, the science behind Trans Alanyl is new, so it can’t be determined yet for now.

Nevertheless, T.A.G. does not have any downsides to it. Overall, it’s worth a try since the only way to know if it works is by trying it yourself.

A Review of MuscleTech Phase8

Why Full Body Workouts are the Best Way...

Art of Becoming the Strongest Man

Pack on Muscle Before the Summer Ends with...